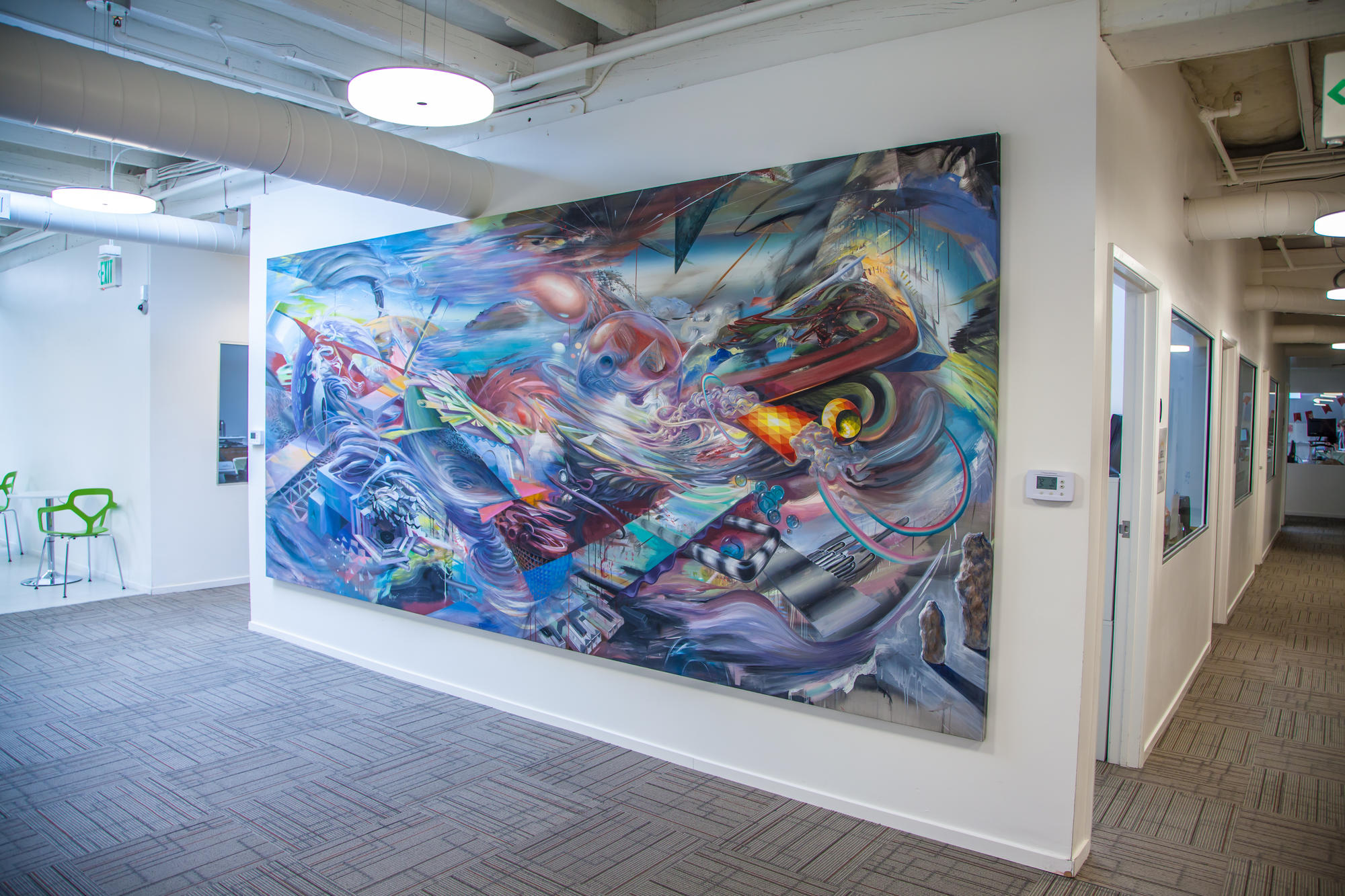 IN COLLABORATION WITH MIRUS GALLERY

At ECO-SYSTM, we’re proud to display beautiful artwork around the office, thanks to the talented artists showcased year round at Mirus Gallery.

Scott Anderson is a native of the midwest - born in Urbana, Illinois and raised in the Kansas City area. Following graduate school at the University of Illinois, Scott and his wife, Robin Stillwell, relocated to Chicago in the summer of 2001. For the next eight years, Anderson grew his career and reputation as an artist in the windy city.

Damon Soule was born in 1974 in Atlanta, Georgia. Soon after, in 1976, his family relocated to New Orleans, where he spent the majority of his childhood. Soule’s parents along with and several extended family members are also artists, making the visual arts part of the norm growing up. As a child Soule became so engrossed in his drawing that it became a distraction; at age 16 he dropped out of school opting for the immediacy of GED. At 19, with $300, a packed bag of clothes, and small box of art supplies, Soule moved to San Francisco, CA. During the next several years Soule made a name for himself in the burgeoning San Francisco art scene showing at many small galleries and boutiques popping up all over the city. Soule’s work has continued to evolve over the last decade, showing his work throughout the United States and Europe.

Casey Cripe considers his work as something between art and science. For almost six years the artist has been collecting diagrams and illustrations that, as he believes, represent elements of our visual and cultural database that is the primary focus of his works. He explored libraries, bookstores and websites to collect cultural artifacts that represent fragments of the Universe but also the personal image library for the artist. Culling deeply form the elements of this cultural database, Casey Cripe creates mix-media artworks that represent patterns, symbols and motifs of his encyclopedic exploration. Every piece exists physically as a handmade artwork consisting from wood, paper or pencil. These artworks are designed individually to be growing and evolving living documents but only together they reveal the grand narrative of the Universe.

Oliver Vernon was born in New York in 1972. He received his BFA from Parsons School of Design in 1995, and currently lives and works in Brooklyn. He has exhibited his work in cities all across the United States including New York, Los Angeles, Seattle, San Francisco, San Diego, and Chicago, and has also shown in London and Toronto. His work is part of numerous collections, including the Metropolitan Museum of Art.

Sandra Chevrier currently lives in Montreal, Quebec. She is a gaze collector, an idea chaser and a full time single mom. Her work takes her traveling over a broad range of fluctuating emotional enigmas and concepts that have set the standard of our modern communication. Working in a home studio, Sandra produces her work at a full-time scale, aggressively pursuing a common thread until it is worn away, leaving her to begin on a new path. Her art is now in the hands of collectors all over the globe; Europe, USA, Netherlands, Japan, New Zealand, Australia, Russia.